Tell us about your project and we'll get back to you shortly. 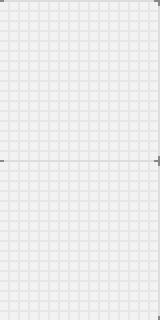 Jessica Yoo is Design Meem: a textile designer who practices Korean Fabric Art or “Jogakbo.” Jessica was born, raised, and studied in Korea, but has lived in the Pacific Northwest (Vancouver Canada) for the past 10 years. Her education is in visual design and while in school she became interested in fiber art and traditional Korean techniques. Jogakbo is one of Korea’s traditional crafts, which involved using scraps of fabric to make a larger square of fabric that was used as a bag. While the process is somewhat similar to quilting in western culture, the Jogakbo is unique in that when light is shone through the fabric becomes translucent and the stitching creates a special effect; similar to a panel of stained glass, it can transform light into art. Jessica’s process involves using dyed silks and ramie and sewing them using special techniques. The most common technique is called “Si-jeup,” which involves folding the edges of the fabric before sewing. In Jogakbo, these folds are sewn back and forth (traditionally by hand) and thus the back and front of the piece look the same. The final step in Jessica’s process is the installation of the fabric, which can vary based on the design and intent of use. The driving force behind Meem’s philosophy is about letting light in – translating it into art through the medium of textile. Design Meem says it beautifully on their website:

“The way we have treated sunlight over the years has been quite dull. We shut the curtains when we didn’t like the sun, and opened it when we needed it. Meem solves this by taking shades back to the traditional Korean concept of personalizing the atmosphere. Specifically, with the translucent quality of Jogakbo, one could incorporate nature into the interior seamlessly. This way, sunlight and nature is not blocked or exposed, it becomes a part of the interior. Jogakbo’s design aspect – the colors and texture-can also fit any mood or mentality of the user, which ultimately creates a harmony of assimilation.”

Many of Meem’s designs incorporate natural subjects, such as trees, flowers, butterflies, dragonflies and spider webs; further supporting the concept of bringing the nature indoors. We see her fabric designs and panels working wonderfully in interiors as hanging window panels, integrated into original art installations, used as room dividers and curtains, as accessories (on lampshades, or as table runners and placemats), transformed into duvet covers and pillow shams, hung as over-head ceiling installations (with integrated lighting!), in covered outdoor spaces or even as a type of wall-covering or wall panel. All images are from designmeem.com.